So for the pick 1 of 3 assignment for this week I chose the Destination Postcard design assignment. I went with this one because I realllly like postcards. Love them! I actually send them to people rather frequently and even send them to people living on campus (cause hey no postage needed). So this assignment felt like something I would super enjoy. I was trying to come up with possible ideas on what to do when I looked at my computer background and it hit me. My computer background is a picture I took several years ago when I visited family in Hong Kong my aunt and I went on a 3 day trip to Beijing. It was so cool but the best part was we went to The Great Wall and basically no one else was there. So I got some really amazing photos of a completely empty Great Wall. 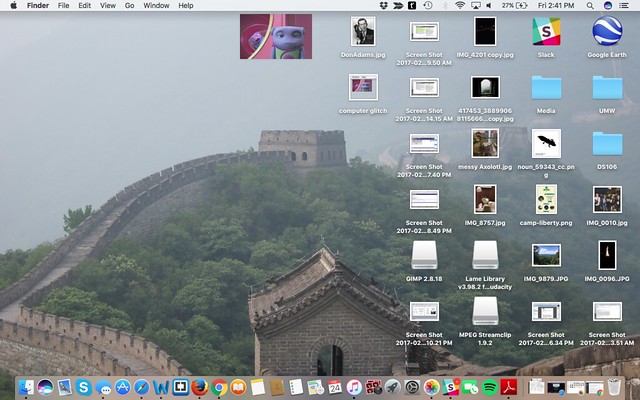 (my computer background for reference, it’s much cleaner when I am not mid project)

So I thought they would be perfect material to make a nice postcard that seemed professional. I wanted to keep it simple because that is what I am inherently drawn towards. I decided my text would be a simple “welcome to Beijing” but I did not want it to be boring so I came up with a cool idea. I was brought my photograph into photoshop and then used the eye dropper tool. Now the eye dropper tool is neat because it can isolate a particular color in your picture and select it so that you can use the color else where say like in text for example. The picture I chose was a contrast between the blue sky and the grey brown tones of the wall so I eye dropped a light brown color from the wall. I then put that color into the text, however I realized it was too light and did not stand out enough, so I went and found the darker brown in the stones to use that instead. I really liked the idea of taking the color out of the stone because it made it feel like the text was more connected to the picture not just dropped on top. New new color worked great but it was just missing something so I messed around with some fonts then skewed the text so it was slightly slanted and whala! Done. 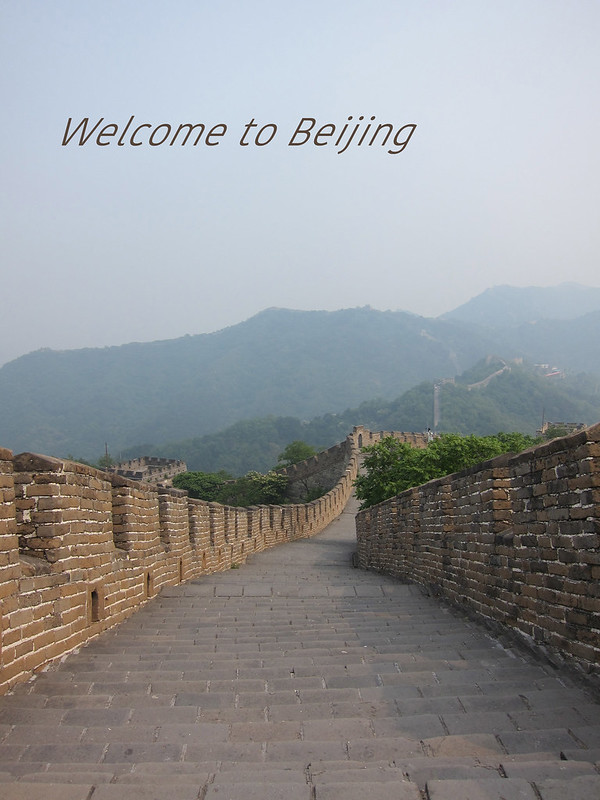 I am happy with how it came out. Ultimately it is not a revolutionary design or anything but it is cool and I thought it had a nice flow. I purposely put the text for instance on the other side of the wall so when your eye travels down the wall at the edge of the horizon the text meets your, but it is also slightly off center because dead center felt like it was lacking composition.