I took on the assignment This Doesn’t Belong here mashup worth 4 stars.

So at first I read this assignment wrong so I did a totally different assignment. I thought it said combine an iconic film scene with something that does belong subtly. (Not combine two iconic scenes.) So I did that instead at first. So here is my first version of this assignment! I decided that I wanted to work with a James Bond scene because it would be on theme with the class and I’ve been avoiding doing bond before now because it felt too easy. I wanted to take the famous gun angle scene and edit it so it was a magnifying glass in the gun barrel. I took both images from wikimedia commons, and mashed them up together. I brought both images into GIMP (which is a software I use whenever I image edit on my personal computer. I prefer Photoshop when I can use a university computer.) 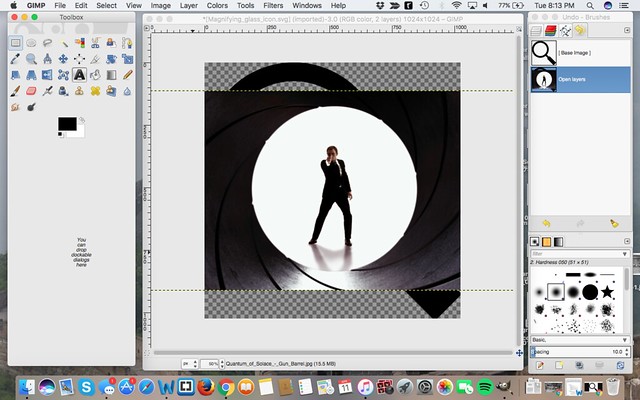 It was pretty simple I just put the image on top and lined up the magnifying glass. Then I cropped the image to  make it look all nice. Except it went so well so quickly and I wanted to get max stars out of it so I decided to push it forward. I thought about how I could slightly change the perspective of the image but still keep the original context and meaning. After trying out some ideas I decided what if the perspective changed? What if instead of being in the middle of the frame Bond was off center? So I made it a reality. I used the clone stamp tool in GIMP to copy the pixels of Bond and duplicate him. 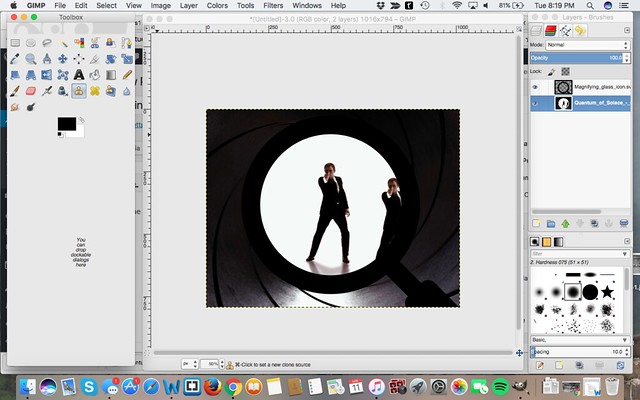 Next I had to get rid of my extra Bond. So I used the clone stamp tool again this time using the white background as the reference to effectively erase him out. I could have just erased him but I am a real stickler for pixels and I hate how erasing changes the colors of pixels and it looks too unnatural to me.

After that it still didn’t feel like it was done so I started messing with different tools to try and get different looks. I decided to use the dodge tool to lighten up Bond and create a little more visual interest. While I was at it I experimented with a few other tools to mess around but did not like any of my changes, until I decided to smudge the magnifying glass. By smudging the rim of the glass it helped it to better fit into the background of the gun barrel. I tried to smudge it so that it followed the curve of the gun but not smudge it so much that it was still recognizable. This was my final product. 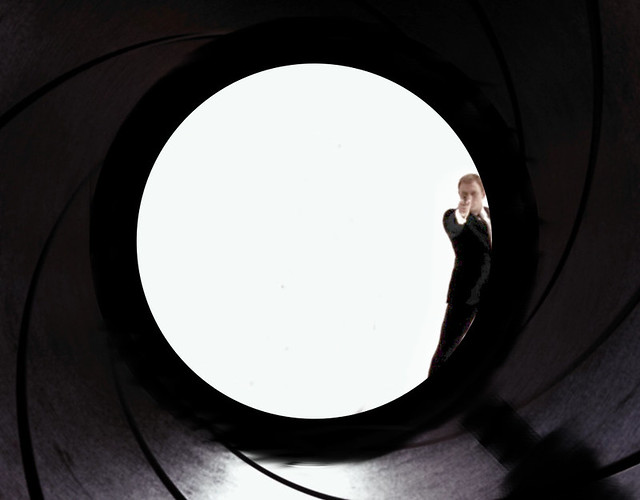 Of course when I went to write up the corresponding blog post I realized I had done it wrong so I had to do a take two. But I decided to include my first version because I still think it came out cool, and mistakes are 100% part of the progress to success.

Now I had to do something that stayed more to the nature of the actual assignment. I decided to go with another Bond image but a new one to change things up. I decided to mash things up by adding in Bourne to the mix for my other iconic figure. I selected an image of Bourne running to add into Bond in front of a car. Again I used GIMP to do my image editing because I started this project in GIMP and was determined to finish it in GIMP. I brought the images into GIMP and cut out the image of Jason Bourne so I had just him running. Next I erased out any extra pixels left around him so that layer was just him running. I ended up with this. 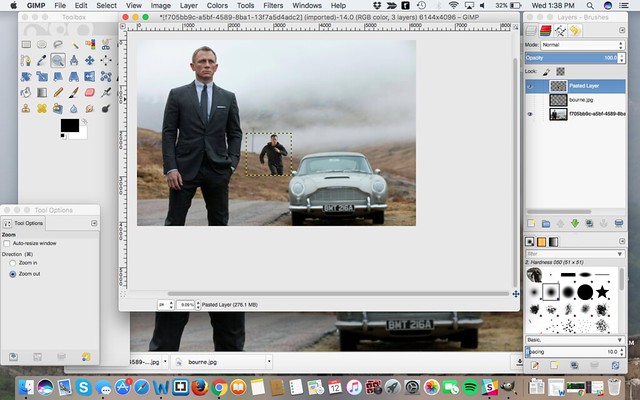 I was playing around next on how to blend him into the background and make it as subtle as possible I thought about skewing the image but it just made him look goofy. 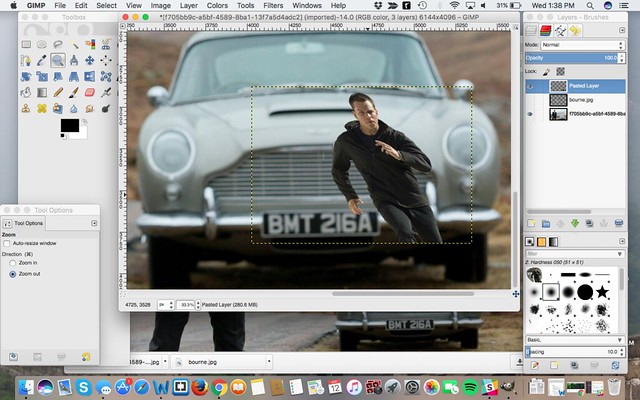 So instead I kept it the correct way and changed the sizes of the image. By making Bourne smaller and placing him farther back on the road he blended back into the image better. It also helped that his color palette was similar to the colors in Bond’s clothes which helped it seem more connected rather then inserting something colorfully bright. I am happy with how it came out and think it worked out better second time around. 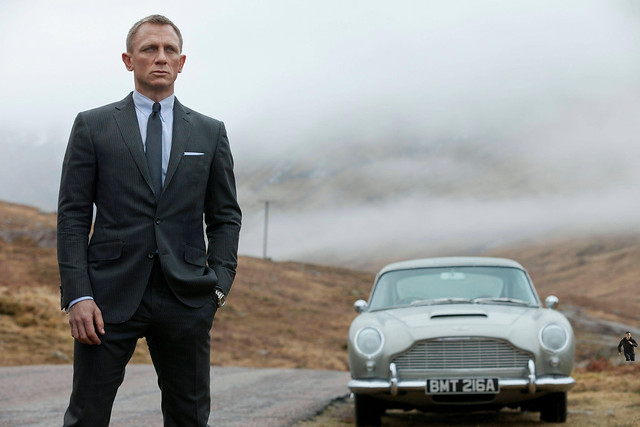