My final mashup of the week was the Mashup Those Movies mashup for 3 1/2 stars. For this assignment you needed to take 3 different films and put them together in a believable movie poster. At first I started by just looking up spy movie posters to see what the general trends were and how I would approach it. While I did that I came across the poster for the Spy Game.

The cool thing about this poster is it had that middle divided part with the film title and primary actors. It gave me an idea what if I imitated the style of this poster keeping the middle division and used two different close ups of different spy film posters. By keeping the name of the one film and it’s actors it was kind of a joke to see how much people pay attention. I ended up selection two posters that both had similarly dark color schemes and blue tones, because I wanted the images to have enough connection that they looked feasibly similar not just purely randomly thrown together.  I used a poster from the Bond film Casino Royale and the poster for the film Tinker Tailor Solider Spy. I decided to use the top half of each image focusing on the face shots to mirror the way faces worked in the original poster. I brought all the images into GIMP to put them together. I had to scale down the images to make them fit naturally and well into the top and bottom sections. I also had to cut out the middle section of the Spy Game poster to place between the two images. I am pretty happy with how the final product came out. I think at first glance it looks like it all belongs together. The brightness of the red starts to give it away a bit but it still helped create  a strong dividing line on the poster. 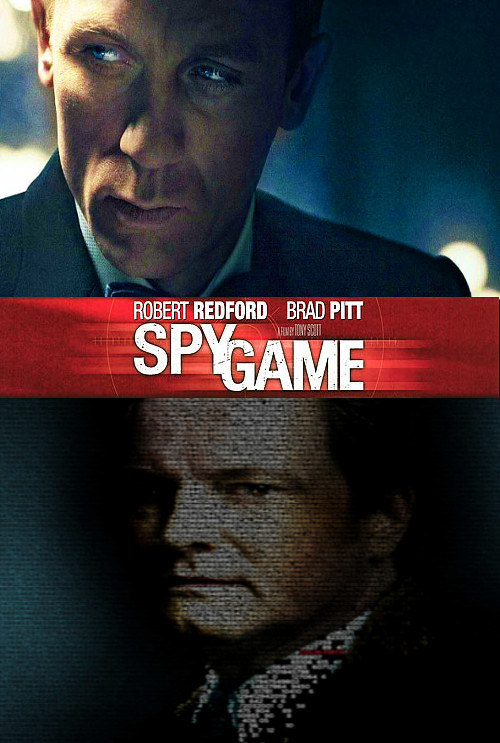