How to find a Agent: a book remix

For my second remix of the week I did the Mashedup Children’s Book remixed with Turn Up the Cheese. Now I know we were supposed to try and have a remix or mashup using previous work done in the DS106 and I tried to do that. However it felt really uncomfortable when I tried it. Kinda like I was mocking what someone had tried real hard on. I think maybe I just wasn’t finding the right assignments or remixes to combine but I really was not getting anything that felt like a valuable re-edition to the DS106 world. So I decided that I would just try to create a new remix because I really never found a good balance that didn’t feel like an issue.

When I started this assignment I felt like this remix was a good combination because people often feel like children’s books are already kinda cheesy. (Not always but often.) So I set out to make a super cheesy over the top example of one. I decided to make it in Canva which is usually used for info graphics and the like because I wanted it to be as overly bright as possible. (Also cause this week was a real GIMP heavy editing week and I needed to switch things up a bit.)

I decided to try and incorporate my character and the class theme into this cheesy remix. I made a children’s book cover for a fictional guide to finding a agent. I tried to play on how children’s books usually have animal characters with my character’s name of Agent Fawn. So I put a cute little overplayed deer and had a magnifying class watching over her. (I feel like this is where it could have gotten dark but cheesy is not that so I tried to avoid that.) I went with bright red for the background because red still felt creepy but also overused. I also went it a in your face font size that dominated the fictional book cover. 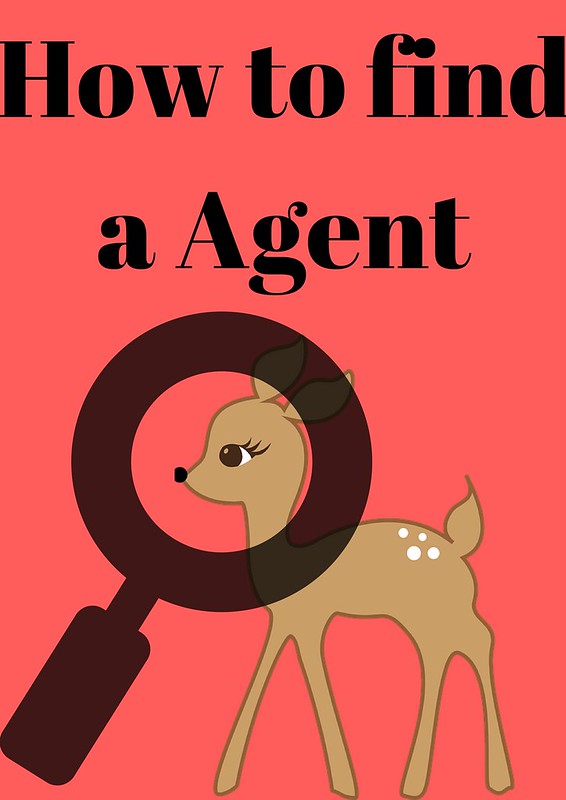