Writing the Web my way

So the main assignment for this week was to write a story using the web I usedMozilla X-Ray Goggles tool to complete the project. I wanted to try and pick a website I did not think a lot of people would pick but also one that was not completely obscure. So I decided to remix the Instructables page. Their home page offered a lot to work with because it had lots of image spaces and text to mess around with. Here is how it looked originally. 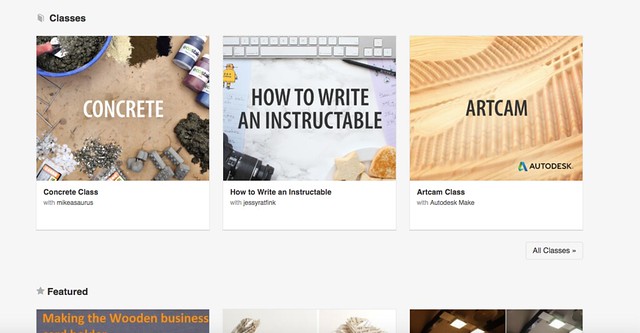 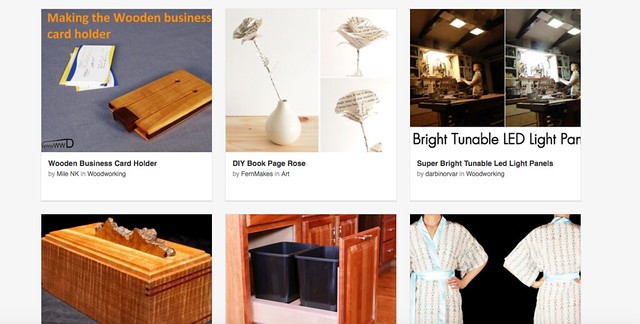 I decided to recreate the website to still be an instructions website but one geared towards spies. With helpful instructions on activities like  forgery, hacking, or tunneling. For each activity I wanted to include the submitter of the instructions as a member in the class because it seemed fun. But hten problem one hit. About 20 minutes or more into working on the page trying to find cool and propperly licensed images I made a mistake and accidently clicked a link. Which meant that the page reloaded and I lost everything. It was a setback for sure but I resigned to be more careful and started back again. This time I took some screenshots as I worked just in class. Two hours later of picking funny spy images, and categories for those instructions I was getting towards the wrap up part where I would add in people’s names to creators of the project. It was super late though so I decided to just keep it up on my computer and finish that in the morning.

This is where mistake number 2 came in. If anyone in the class also lives on UMW’s campus you know Apogee the wifi networks been having some problems lately. Today when I came back to my res hall to finish up my project I bumped into an Apogee guy who was trying to solve the problem. He asked if I had a Mac and if so could he look at it to see if he could figure it out. (Spoiler he still didn’t know what was wrong when he left) While looking at my computer he was supposed to be in systems preferences but for some reason without asking me if it was okay he shut down my chrome browser. Now usually that’s not too much damage you reopen tabs maybe lose a bit of info but not awful. Except I had been creating the spy site in chrome meaning that I lost 2 hours of spy website time… gone. I’ll admit to being a bit upset and frustrated at this because in the craziness of this week I had a bunch due today.

So the good and bad news.

Good  first I can show the screen shots of the cool site that I did take to give an idea of some of the changes I made before it died a sad death. 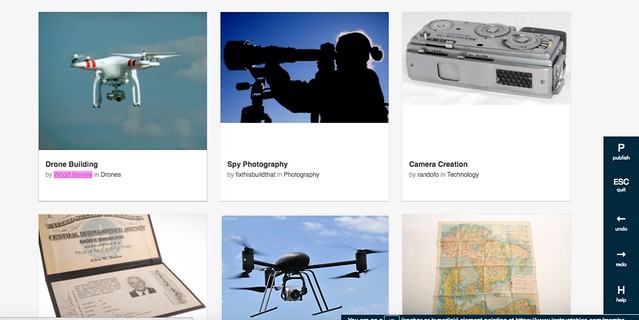 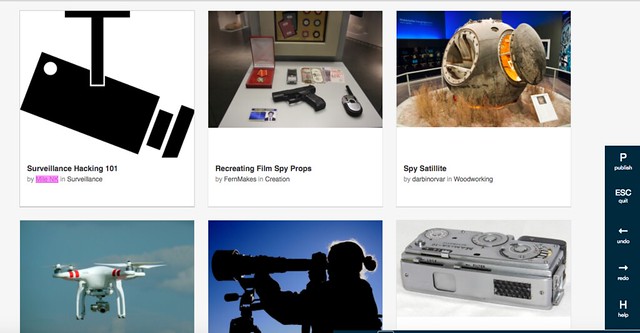 This Rest of the photos:

The bad is a two part deal.

Part one after the chaos of the lost spy site I went to Twitter as one does and told the world of my failure. Which is when someone altered me that there actually had been a way to save your progress (this deepened my sadness more but you bet I will be saving from now on.)

@libcal3 Actually you can by right clicking on the page you are editing and saving the actual page html.

The Part two bad. There was not enough physical hours in today to complete the amazing idea site I had planned out and worked on this week. So instead I had to create a new less involved site in order to make the deadline of 12 and still produce something fully formed. So here is what i do have for you: Ballooning for Spies based off the umw.domains site!