How the show began

For 4 (1/2) stars I completed the How It All Began Assignment. I decided to talk about the origins of the radio show group I had been a part of these past two weeks. I went through and created a page dedicated to the members of the show, the shows content, and how the group formed. I also included some of the promotional material we produced as a group. I actually created the assignment as it’s own separate stand alone page on my menu but have replicated it below as well.

THE AGENTS ON AIR

The Agents on Air are a group of radio show hosts who’s show appears on the DS 106 radio network. The show’s hosts consist of Agent Zero, Agent Reveal, Agent Jones, and Agent Fawn. The show’s purpose is to report on ongoing missions that the hosts are currently working on or on missions other fellow agents are completing.  The goal of the radio show is to help out agents who cannot figure out how to best complete tough missions. The show operates as a way to bring the secret agency community together (which can be hard with all the secrets)  it also strives to make connections between the larger community. Another portion of the show is dedicated to agent gossip and news. Reports about mission success, blunders, and team ups help keep the community informed about who to look out for in the secret agent world.

How it all began

The radio host group Agents on Air began only a short while ago this month from a transmission from the DS106 Agents Headquarters. (DS106 Headquarters of course serves as the greater agent hub to connect all agents both freelance and agency committed. It is an organization dedicated to bringing together the secret agency community more generally.) The transmission sent out a call for new radio shows for the longstanding DS106 Radio network. Immediately many agents jumped at the chance to take part in the community and many agents started communicating with one another via the agent networks about potential radio show concepts. Agent Fawn had been mulling through ideas about radio shows and decided to post a bulletin to the agent networks on Twitter full of potential ideas. She was then contacted by Agent Zero who had been looking to form a radio team as well. Agent Zero offered up other interesting concepts and the two decided to team up. Agent Fawn then posted a second bulletin to Twitter now incorporating their pairs team interests. At that point the team was contacted by an Agent Reveal. A trio of radio show hosts was thus formed! At this point the group received a few other potential offers of co-hosts who later decided to work on separate projects. As show ideas were due in the group realized they needed a fourth host to round out the network project, that’s where Agent Jones came in to the picture. Agent Jones rounded out the group and the four hosts set to work on creating their show. 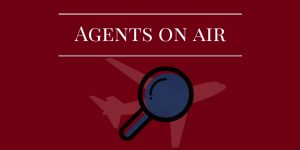 O’Dell started at a clerical job at the Central Intelligence Agency for a number of years, after gaining access to certain key strategic documents her job assignment changed to fit with her new found expertise. She now works with securing and transferring important information for the agency both at home and abroad. Her ability to blend in and remarkable memory skills make her an asset.

With her husband dead, Kate “The Marksman” Jones’ husband dead, she’s on the hunt to find the killer and make him wish he was dead. 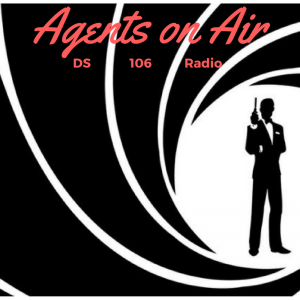 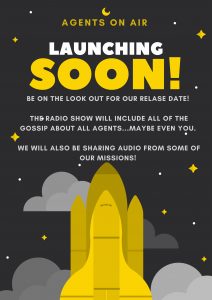 Lynn was recruited by the FBI in 1984. At 20, she was able to do things that no other agent was able to. She is a very valued agent that has been able to go under cover for many special ops programs and has come out successful. Agent Reveal is fluent in Arabic and English and has been able to translate Arabic for the FBI for 30 years.

“Waiting. Like it or not, it’s a skill all spies have to master eventually.” (Note: Little is known about Agent Zero other than their employment by the CID) 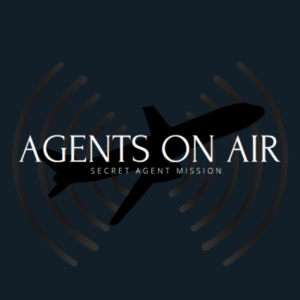 *Note: no images of the agents are available as photographs could potentially reveal them to enemy operatives. Promotional Material created by the agents has been used instead to capture their personalities.