The video show was/is much harder than the radio show was. Since it was video we had to meet up more and get more done in short condensed times to make sure everything got done in time. It was also a lot of learning of what we could and could not do with our original vision.

Our video is a guide for new spies learning the tricks and trips of the spy world. We each split up work so that everyone wrote at least one section or more of content. We would each be in charge of those sections dialogue and any visual aids. I was also in charge of editing everything together because I had used imovie before and that was easier than other windows programs.

After we had filmed all of our in person clips I stitched them together in imovie. At first it seemed like we had the same exact issue we had during radio week. Turns out scripts you plan in your head often take a lot less time in actuality then in print. So when I started stitching together everything we filmed I started to get really nervous because it was very short segments so we had very little time to start off. (Which is a very nerve wracking part of the project.) But we figured out how that we did in fact have enough time and added an extra scene to really flesh it all out.

Next we had another issue. We had purposefully filmed in the production studio in low light so that we would only be partially visible. This would fit with our characters as agents not wanting to be compromised. It would also be a cool visual aspect. Except when I exported the footage well we were enveloped in the darkness and not visible at all. Which was not what we wanted at all. 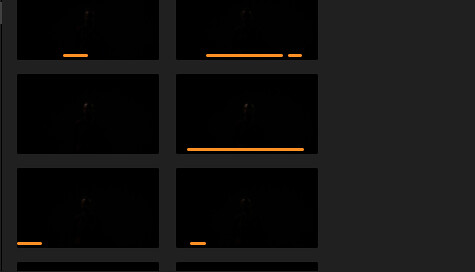 So I messed around with the footage trying to find out a solution. (Because everyone did not have another availability for everyone to meet again.) I found if I applied a silent film filter to the videos we were visible again! It actually worked well with our vibe for the show as well because we were visible and obscured but in a distancing way. A part of our vision was creating a balance between the cold distancing of the spy world with spies willing to help out fellow agents in need. By playing around with how you visually saw us we tried to communicate this. 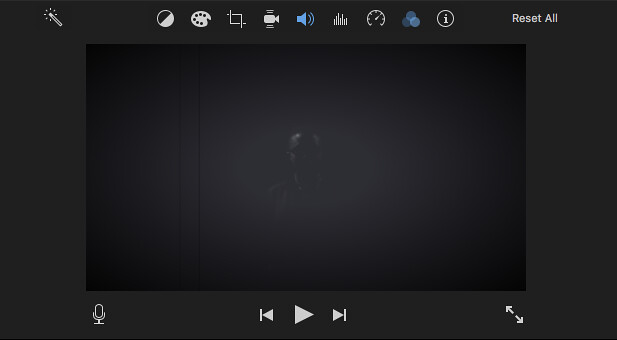 I went ahead and listened to a bunch of public domain music trying to find something that fit with our vibe and was instrumental. I ended up using this piece Jessie Cave Duo (ID 479) by Lobo Loco played at a low volume to give the video atmosphere. We did not really need a lot of sounds for most of our video because most of the video was the spies telling the story from their unknown location or they were built in from sounds we made. Most of our story was more narrator oriented.

Since each of us were in charge of sections the image sourcing was up to each person. (All hyperlinks in this section link to original work.)  Agent Katey sourced all the images for the Disguises 101 section from pixabay for her segment. There were a few images she could not find strong examples for so I helped find CC licensed ones for that also on pixabay. (the images for a necklace and man with clear skin) Two images the stud earrings and prohibited signs were part of some I added in were both from wikimedia commons. (A look at how the images fit in the the editing process.) 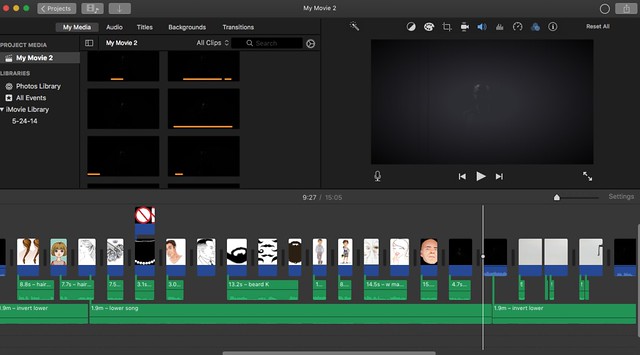 Amari for her sections collected images from a variety of sources. In the Gadgets and Gear section; the audio jammer image came from Independent Living News, the Portable Sweep Unit from an Amazon product,  both the Monocular and Binocular came from enkeeo.com, the spy coin from spy-coins.com, tiny camera pen from atechpoint.com, and the drone from a best buy product. Her Killer instinct photo of a Gun Shot was actually something she created by combing two images, a bullet from wikimedia commons, and a spy from pixabay. Also in that section she had two images of movie stills of a car falling off a cliff from a livejournal site. Agent Amari also created the intro title sequence using a software called Luxenia.

For my segment I decided to cut out drawings I had made to avoid any trouble with copyright issues. Also because I felt it gave me more options in what I was creating. We also figured the different types of shots we used for each segment reflexed back on the personalities we had been building for our spies. Our credits that roll at the end also included all of the sites where images had come from used in the video as well as who was in charge of which sections (using the secret agent code names of course.) 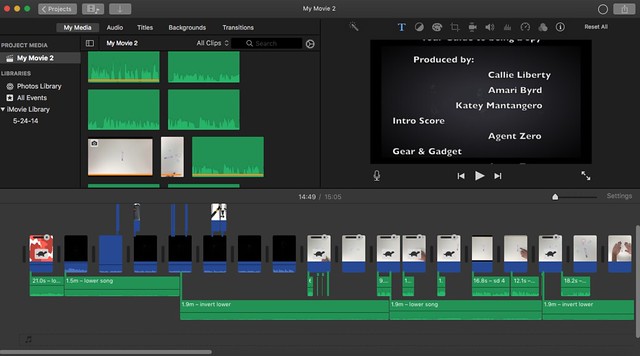 When we went to record the audio for the sections where we used static images or cut out scenes we used the same consistent microphone and quiet place to get solid sound quality. I did have some issues when putting all the clips together but was able to get it all sorted properly. Next to make sure that it all worked I watched through the video a few times. My other group members were in class during this time so I showed the video to some of my friends and coworkers to see if there were any issues they noticed with it. After fixing some last minute hiccups it was ready to go! (After the 2hr + imovie download time of course.)

Ultimately I think we created something very cool that brought together a lot of interesting ideas and segments. While there is always room for improvement I think we worked hard and gave it our best work. It was a fun project, while also very stressful, but it ended with a really cool result! Hope everyone enjoys!